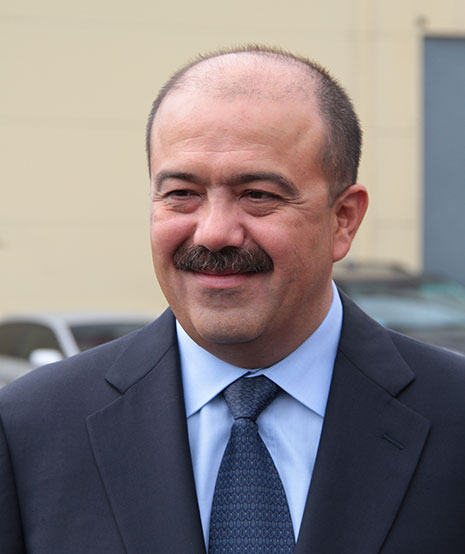 Iskander Makhmudov was born in Bukhara, Uzbekistan, on December 5th 1963. He is a Russian businessman and owns several companies within the mining industry. He is the president of the Ural Mining and Metallurgical Company (UMMC).

Following his degree in Eastern studies from the Tashkent University of State (Uzbekistan) and his first experiences in Lybia and Irak, Iskander Makhmudov joins Uzbekintorg where he works as chief export specialist for the company. In 1996, Iskander Makhmudov becomes director of the Gaï company, a leader in the extraction and enrichment of copper.

In 1999 Iskander Makhmudov creates the Ural Mining and Metallurgical Company (UMMC). UMMC will evolve rapidly and become one of the key players of the Russian industrial market, controlling more than 40 companies with diverse specialisations from metallurgy to mechanical construction to mining.

Iskander Makhmudov also owns shares in several large groups such as Transmashholding, a railway machine manufacturer, and Kuzbassrazrezugol, specialised in coal mining. He is also a shareholder of AeroExpress, a rail passenger transportation services company operating between Moscow and its airports.

Aside from being a major industry figure in Russia, Iskander Makhmudov is also a renowned philanthropist and the sponsor of several charities.